Sex: when we talk about sex we generally mean biological or physical features such as genitals, hormones, gonads and chromosomes.

Gender: when we talk about gender, we talk about how a child or person feels about him/ herself (gender identity), their likes and dislikes, or the way he/she lives in society and appears to others (gender role).

Hormones: hormones are chemical messengers that tell certain cells in different parts of your body what to do. Hormones can influence many things, including when you feel hungry or full, when and how thirsty you are, how strong your bones are, whether you are big or small and a whole lot more.

Sex hormones, such as oestrogen and testosterone, are chemicals made by the body that influence the development of the genitals.

Androgens: a general name for hormones that promote typically male development. Testosterone is an androgen. Both men and women have androgens, but in different amounts.

Endocrine/endocrinology/endocrinologist: related to hormones; a doctor who specialises in hormones and how they affect changes in our bodies.

Chromosomes: each person usually has 46 chromosomes, including two sex chromosomes. A person’s chromosome pattern can also be called their 'karyotype' (e.g. 46,XY or 46,XX).

We usually get one X from our mothers, and an X or Y from our fathers. There are various combinations of sex chromosomes. (see image middle right)

Genes/ Genetic testing: chromosomes are made up of many segments called genes which carry genetic codes (DNA) that in uence many things, such as the colour of the eyes. Genes can influence sex development, and changes in specific genes can sometimes be the reason for a DSD.

Genitals: genitals are the external sex organs. This means: the penis (sometimes called ‘willy’), the scrotum (the bag of skin containing the testes/testicles/balls) and the vulva, which includes all the external female sex organs including the clitoris (a female sexual organ that is small, sensitive, and located on the outside of the body above the opening of the vagina) and the labia (folds of skin bordering the vulva and vaginal opening). All genitals develop from the same basic structures.

Gonads: a general name for testes and ovaries. In DSD these can sometimes be streak (underdeveloped) gonads or, rarely, ovotestes (a mixture of ovarian and testicular tissue).

Ovaries: organ where eggs and sex hormones are typically produced.

Testes: organ where sperm and sex hormones are typically produced.

Urethra: the pathway from the bladder used to expel liquids (urine) usually opens at the tip of the penis in boys or between the clitoris and vagina in girls.

Uterus: the uterus is the space inside the abdomen in which a baby grows (also called: womb). Just like the genitals, the development of the uterus is controlled by hormones.

Urologist/ Urology: a urologist is a doctor who specialises in the kidneys, bladder and genitals.

Hypospadias: a fairly common condition (1 in every 300 baby boys) where the urethra does not open at the tip of the penis. There are different degrees of hypospadias. 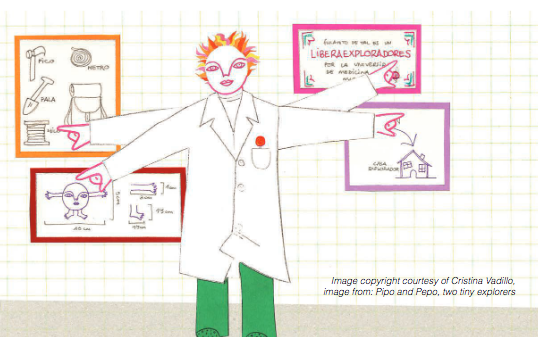